Back to Community
Marketing 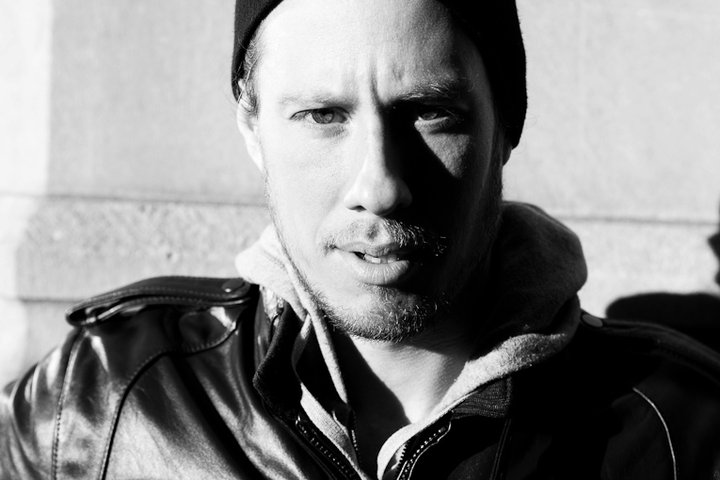 This interview was originally done in 2012. It's a classic, so we decided to repost it. Find this and more exclusive interviews inside our ebook Beyond Beatmatching.

As one of the top DJs in New York City, Ani Quinn has made the most out of his early experiences on the city’s underground rave scene. We asked him what the competition is like in one of the toughest markets in the world.

How did you become a resident at your current clubs?
AQ: It helps if you’re an exceptional DJ. I’ve worked hard over the years to hone my skills. But all of the current residencies I have are based on my relationships with club owners and promoters. Some of these relationships I’ve had since grammar school. But these guys didn’t hire me to DJ just because they know me. I can hold a room, and I consistently throw down a solid set. But it really is true what they say: it’s all about who you know.

Is New York City nightlife different from other parts of the world?
AQ: Hip-hop is still huge in NYC. On any given night at clubs like 1OAK, Greenhouse, SL or Avenue, you might have Jay-Z, Busta Rhymes, or Russell Simmons in the building listening to your set. Obviously, if Jay-Z is in the club with Kanye West, you’re going to play more of their music than you would otherwise. It depends on the venue, though. A lot of spots want more of an open format set and don’t want DJs to play too much urban music.

Overall, New York has a huge and diverse nightlife scene. You’ve got clubs that cater strictly to EDM, and you’ve got spots that just want indie music. There are different clubs for different crowds, and different nights at different spots, to cater to people’s needs. On the weekends, clubs tend to loosen up their door policy. There are more tourists and “bridge and tunnel” crowds from Jersey out in the city. DJs tend to play more commercial sets to cater to the weekend crowds.

If I play outside of New York, I try to make sure I know what the crowd wants for that specific venue. People book me knowing that I’m a New York DJ, so they expect me to bring that flavor to my sets. But different cities and clubs have different sounds. Ultimately, I want the crowd to enjoy themselves, so I try to find out beforehand what works for the specific night that I’m DJing. I’m not going to hold a club hostage and force the audience to listen to one thing when it really wants another.

Everyone does it differently, but how do you read the crowd and decide what to play? Are there any “tells” that help you figure out what to do next?
AQ: I just keep my eye on the room. A good DJ can tell when it’s time to switch up the vibe. It’s really about movement. If the room isn’t moving, then I need to switch it up. In actuality, there are so many different ways to DJ. Most parties these days want non-stop high energy from beginning to end, with no ebb or flow in the music. If it’s just about keeping the energy up, I know which records to play and when, and I’m not opposed to playing some of the bigger songs multiple times in one night. If the crowd is a little cooler, I might test out records to see their response or play stuff that I just want to hear and that I think sounds good with my current song selection. But I always have a group of songs ready that I know will bring the energy back up in the room. It’s also about being confident in your song selection and your ability to put it all together. It’s great when you’re able to play something that the crowd doesn’t expect but you’ve timed it in a way that still works for the room.

Tell us how your residency works. You come to the club before it opens, and what happens next? What’s a typical night in terms of the time you spend in the venue?
AQ: I used to get to the club early and get set up before the doors were open, but now I have openers and closers. I typically hit them up to see how the night is looking so I know what to expect when I get there. I usually arrive around 12:30 a.m. and then go on right at peak time. I immediately try to bring the energy up a few notches. I have a bunch of great openers that I use. They know not to play certain records, but I’m not opposed to them running a few of the bigger tracks. I know I can go on and still kill the party, even if the DJ spinning before me really has the crowd rocking.

Do you get to know the general manager and the promoters? How much input do they have on the music?
AQ: It’s important to have relationships with the staff in nightclubs. If you work somewhere every week for years at a time, it’s inevitable that you’ll get to know your co-workers. Everyone is on the same team, from the owners and promoters to the waitresses and bartenders to the busboys and bathroom attendants. Successful weekly nights have a life of their own. The music is a huge factor, but if the doorman isn’t doing a good job, the night’s not going to go as smoothly. If security isn’t on point, all sorts of problems can arise. I have the utmost respect for any nightclub staff, whether I’ve worked with them for 10 years or for only one night.

We talk about the financial side of the business in this book. Do any of the clubs put you on salary, or are you always paid per gig?
AQ: It’s a pay-per-gig situation. I’ve been offered salaries from nightclubs before, but I make better money working different spots. It’s also important to keep things new and fresh. While good weekly parties are priceless and help build a DJ’s reputation and career, if you get stuck working at one venue, it can limit your exposure to new listeners and new opportunities. No club or night stays hot forever, and as a DJ, you have to stay one step ahead of that curve. If a long residency starts to lose steam, sometimes it’s better to move on to something new even if it means a little downtime between parties.

Do you ever get to choose your opening DJs?
AQ: I use my own openers and closers as much as possible. It’s how I started DJing. It’s how I got my foot in the door, and I try to do the same thing for new DJs. A lot of the openers I’ve used have gone on to DJ their own nights. I think it’s awesome that I could help give someone that kind of opportunity.